The Fishers City Council approved an increase to property taxes to pay for the first phase of the new Nickel Plate Trail that has been proposed to replace the Nickel Plate rail. This tax increase is to help fund the $7 to $9 million cost for the first of three phases of the trail.

What is worth noting is that the tax increase is roughly double the initial cost estimate for the total trail, even though it is only for the first phase. At the time of this writing the FAQs (Frequently Asked Questions) site for the Nickel Plate Trail still shows an estimated cost of roughly 4.4 million for the Fishers section.

The first phase of the Nickel Plate Trial will run from 106th Street to 126th. What hasn’t been stated clearly is that there are already trails that run from just north of 106th all the way to 131st Street. These trails are within two blocks of either side of the tracks where the new Nickel Plate trail is expected to be. In fact, parts of these trails run next to the tracks. This raises the question, that if existing trails already run from 106th near the tracks to 131st, then why will seven to nine million be spent building another trail?

Just north of 106th Street at the rail road tracks, you can find the Cheeney Creek Loop trail that runs through Cheeney Creek Natural Area. Not only does this park include walking and biking tails, but it also has a small lake (pond), lots of trees and a picnic area. The park and trails go from 106th Street to just north of 116th Street. 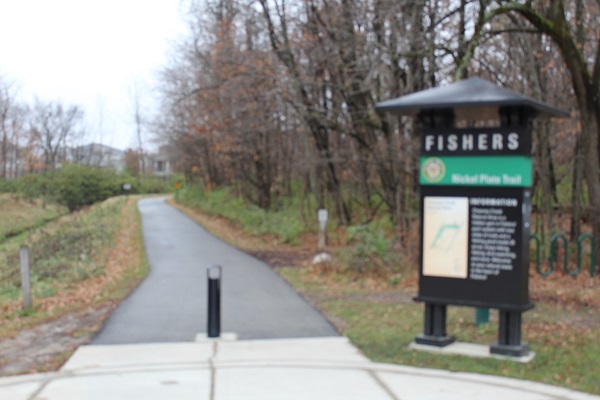 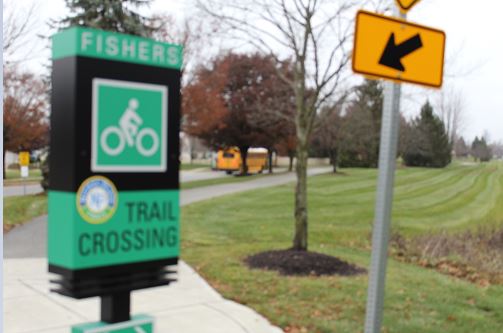 North of the Cheeney Creek loop, the path crosses the road and winds through trees, around a pond, and through a neighborhood. In this area the trail winds through Big Wheel Park. This park on the path includes playground equipment, a hilly sidewalk for kids to have fun, more picnic tables, and other amenities. Next to the park are both a creek and a pond. 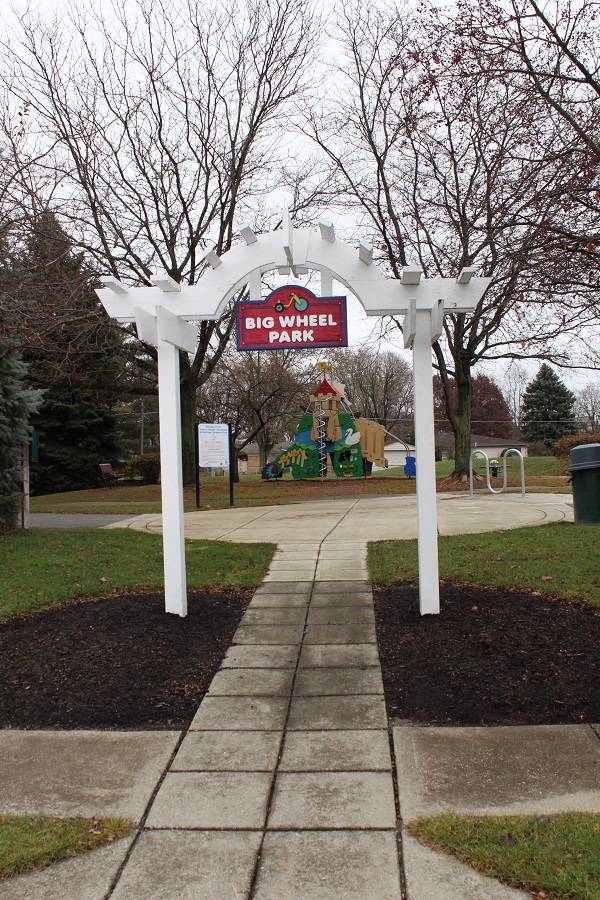 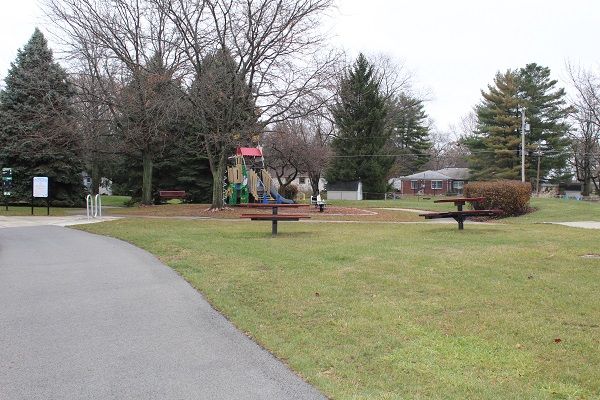 The trail continues from Big Wheel Pond  across 116th Street and through the downtown area. You’ve likely noticed the cross walk just east of the tracks on 116th. Ironically, while the city expects to spend $2 to $5 million to build an underpass for a new trail where the tracks are located, there have been no comments about the crosswalk that is less than a stone throw away. What has been noted (but I’ve not confirmed), is that there are drainage issues in that area which could result in extra costs to try to build a trail that goes under the road.

If you continue on the path through the downtown area, you’ll find that forks around the library and Lantern Road. One part of the fork is a path that winds across Lantern Road and the railroad tracks and goes through the Tech center area. The path then follows (parallels) the railroad tracks going up towards and then past the Launch Fishers facility. You can see parts of this form in the next figure. The area near Launch Fishers includes a few more picnic tables just off the path. 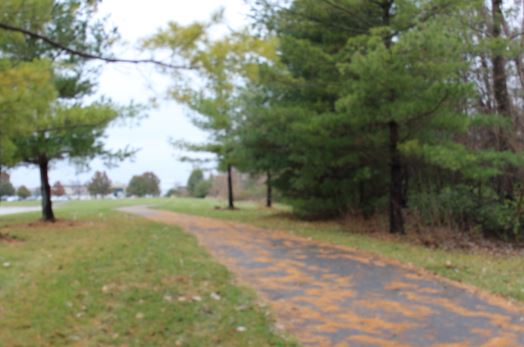 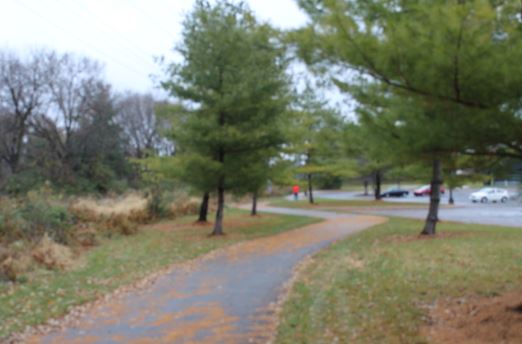 The other fork going from downtown goes from the library area north along Lantern Road. This is a newly updated trail  that follows Lantern Road all the way to 131st Street, where it turns West to Allisonville. At Allisonville, the path then turns North and goes to the entrance of Conner Prairie. Why the city build a path from downtown to a facility that charges admission is unclear, but the path has been built. Currently the construction on Allisonville at 131st Street disconnects the part of the trail that is in front of Conner Prairie. That part of the path has been built and torn up (the grass and landscaping) several times in the last 12 to 18 months as road work is being done. Hopefully it isn’t tax dollars paying for the repetitive task. 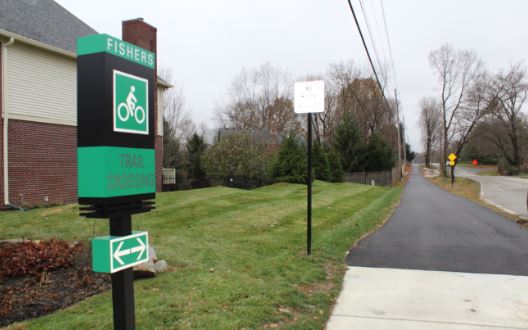 The existing trails from Cheeney Creek to 131st are within a block or two of the railroad tracks. These trails are all relatively new and paid for with previous tax dollars. As such, turning the rails into a trail between 106th and 126th as a first phase seems not only redundant with what is already there, but possibly unnecessary. The fact that the city is raising taxes to build a trail nearly on top of existing trails, should cause many citizens of Fishers to raise there voices in concern with how their tax dollars are being spent. 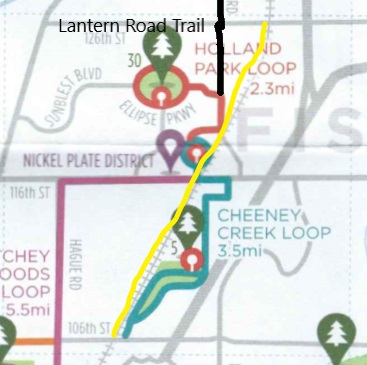 If the City wants to add trails, then, it would make more sense to build the trail from 96th to 106th connecting to Cheeney Creek’s trails and then build a connection from the 131st and Lantern trail to the tracks and go North. This would add new trail areas.

Of course, when a trail already exists in the same area, then there is the question of how much is this new trail worth. While the city posted $4.4 million as a base cost in the Nickel Plate Trail FAQs, I’m not alone in estimating a cost that is likely to go over $30,000 ,000. That, however, is a topic for another article.