When it comes to the discussions of what is happening with the White River, there are lots of plans being created that stretch from the top of Hamilton County all the way to the bottom of Marion County. With Fishers being in the middle, you’d expect it to be included in the plans.

Fishers is included in the plan, with a lot of changes proposed that include a boat launch, two pedestrian bridges that cross the river, walking trails, and a lot of planned activity ideas. The issue, however, is that this would all be a part of Conner Prairie, and not likely public access. Conner Prairie has a map of their future plans that includes many features that tap into using the river. Once they have made their official public announcement, then I’ll be able to share a diagram showing many of their updates and the expected locations.

As a member of Conner Prairie, I find the bridge, trail, and other ideas to be great improvements; however, it would have been nice to see ideas for White River improvements applied throughout the other areas of Fishers. The Public level of access to the White River from Fishers is minimal, with primary access at 116th Street and South. Ironically, most of the Conner Prairie plans are in Carmel – the West side of the river.

The Fishers City Council is focused on the rail trail and the new park on Geist, but it would be nice to see additional focus put on the White River and the opportunities it offers. Right now, the primary access from Fishers is a boat launch at 116th Street, Heritage Park, and behind the Riverside schools. Adding access to the river at 146th Street would allow a person to canoe, float, or kayak down to 116th or even 96th Street. Additionally, adding easier access to the river at Heritage Park would make it easier to get in and out of the river. It would also open up tubing from 116th Street to Heritage Park. 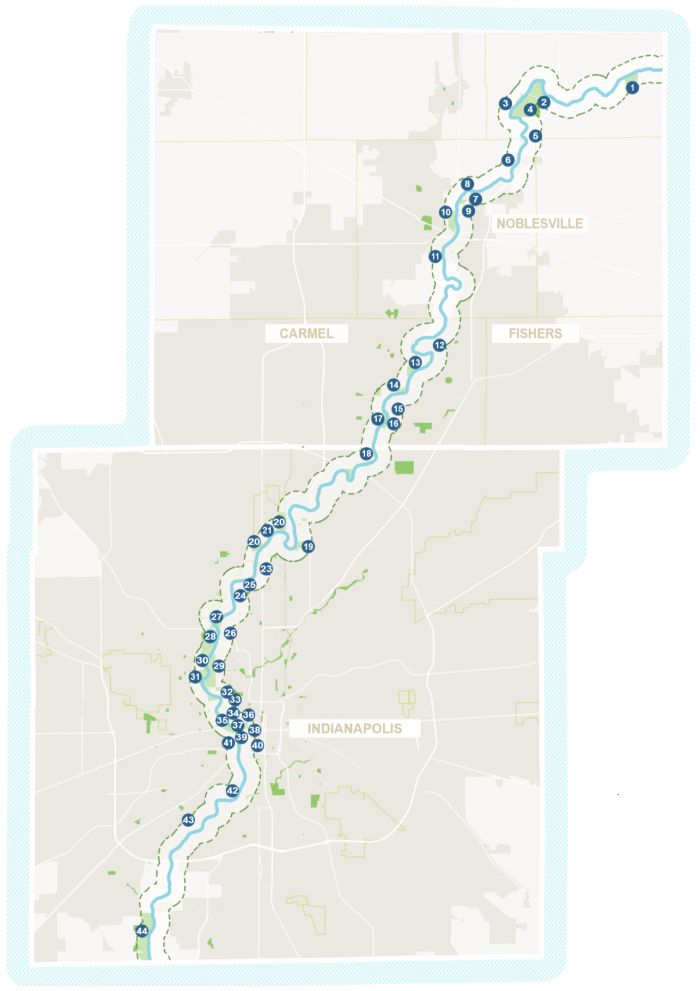