I’ve now written a couple of articles on securing our schools. Writing on this topic would be incomplete without also covering the topics of putting guns into the hands of teachers. The idea of arming teachers has been suggested by many people, including the President of the United States. Unlike the President, there are many people and organizations that are actually qualified to comment.

While I’m not one of the qualified sources, I am qualified to share what I’ve learned from a few of them. Simply put, many qualified sources have stated that putting guns into the hands of teachers is not the right decision when it come to the overall safety and well-being of the kids.

The National Association of School Resource Officers (NASRO) released a press release on the topic of arming teachers. In their release, they clearly stated that they are against the idea arming teachers with guns. This organization is focused on getting specially trained police officers into schools, so arming teachers would reduce the need for their services. This is why it is more important to look at the reasons that indicate why arming teachers doesn’t make sense.

If as school decides to arm their teachers, then that raises the question of where will guns be kept? For the gun to be useful, it must be readily accessible. Most important, however, is that any guns must also be absolutely secure. Keeping a gun secure while maintaining its accessibility in a classroom setting would be a monumental challenge, especially in the lower grade levels where teachers tend to be more actively engaged with the kids and where the kids are active within the room.

Police and school resource officers keep their guns with them. An elementary school teacher that interacts with the kids with close contact would have a hard time maintaining the security of a gun strapped to their body.

There are also questions about the visibility of a gun strapped to a teacher. Assuming a gun could be safely and securely carried by a teacher, then there is a concern about whether this would cause additional anxiety for the kids in the classroom.

It is uncommon to see civilians or others carrying guns. When it comes to police officers, a gun is a part of their uniform. It is a common occurrence to see a gun on an officer. More importantly, police officers are given training that on not only using a weapon, but also on how to overcome anyone trying to take their weapons.

In fact, police officers receive extensive and regular training. The area of security is a core focus of what police officers do and not an “add-on” like it would be for teachers. Officers that are placed in schools, School Resource Officers (SROs), are not only trained as police officers, but they also receive additionally training that includes coverage of the following:

Training with guns is a regular part of officers’ core job. It is not something tacked onto that they do, but rather it is a core part of their profession.

Teachers are trained on kids and teaching. Training for teachers centers on interacting and educating kids. While some of this overlaps with some of the items listed above for SROs, teacher training generally doesn’t include working with the same level of threat responses and emergency operations that police officers receive.

Police officers training is related to the topics mentioned earlier, as well as training on marksmanship and the use of firearms. This police training along with regular practice is intended to help with their physiological response in high stress situations. Because teachers would not have this same level of regular training, the chances for making a mistake is much higher, especially in a high-stress situation.

School shooter situations tend to happen in areas with a lot of people. Shooting a gun in a crowded area such as a classroom or hallway can be very risky because there is a chance of hurting an innocent bystander. Again, part of the training for police officers is on knowing when the risks are too high to even use a gun.

While School Resource Officers dress as police officers, teachers don’t. If a police officer were to respond to an issue at a school, it would be very easy for them to mistake a teacher for an armed assailant. The result is that such a case of mistaken identity could cause intense situations or worse the mistaken identity could result in a teacher being shot by an officer.

NASRO president Don Bridges has commented that “We can’t send officers into schools without being trained.”  In my article, “Safety and the Students at Hamilton Southeastern Schools: Part 1”, I provide more details on what School Resource Officers are. SROs are specially selected police officers selected to work within schools. Before starting at a school, they are given additional training specific to schools and school issues.

Belief that teachers can be trained to be effective with a gun without adding added new and possibly deadly risks to a school is belittling to the training that School Resource Officers receive. As one police officer in Fishers stated that situations involving guns are hard for police officers to handle even with the regular training and practice they receive. Putting the expectation on someone with less training and mental preparedness would increase the risk of something more going horribly wrong in what is already a bad situation. 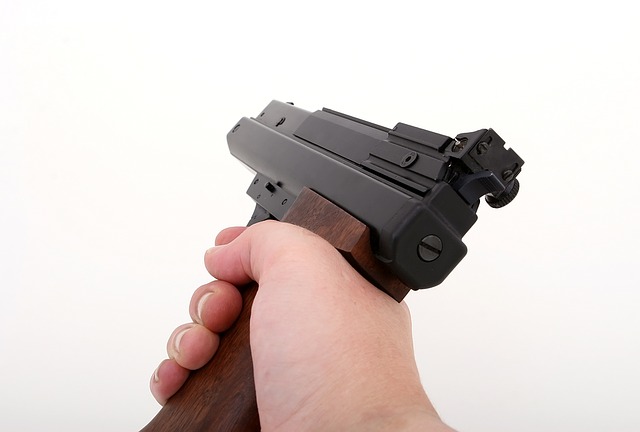