How do you grow a garden in Fishers, Indiana when you don’t have space or don’t want to use a chunk of your yard? You do it at a city park instead. 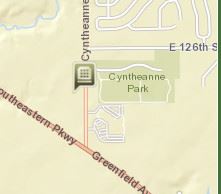 In my book, Spot the Difference in Fishers, Indiana: City Parks Edition, one of the parks shown is Cyntheanne Park on the Eastern side of Fishers. This park has one unique feature, the Community Gardent Program (CGP), which is to allow community members to garden. Residents of Fishers can reserve a garden plot for a summer. There is a cost of $30 to reserve either a 10-foot by 10-foot conventional or organic plot. There are also a few four-foot by nine-foot raised gardens that can be reserved.

Gardening spots can be reserved online at https://www.playfishers.com/193/Community-Garden . There is a fee for the 2020 summer season of $30 that will allow you access to your plot starting April 18. The city has a limited number of plots available, so you’ll want to reserve early to ensure you get access!

Cyntheanne Park is located at 12383 Cyntheanne Road, just south of 126th Street. In addition to the gardens, it also includes a number of multi-purpose athletic fields, a play area, a natural area, a 1 mile paved trial plus a natural-area grass trail, a seating plaza, playgrounds for ages 2-12, picnic tables, restrooms, pickle-ball courts, and more.

The White River flows along the entire West side of Fishers. This is a fantastic asset that has a lot more to offer than a strip of old railroad tracks.

A group has been working to build a plan for the improved usage of the White River through Hamilton and Marion counties. I’ve posted a little bit about what they’ve been doing and will be posting more in the future. Of immediately importance, however, are a number of planning engagements over the next few days that will allow anyone to come and provide input to their plans. At these events you will gain insights into what has been happening on and around the river as well as the plans that are forming. The following image includes the dates happening this week:

UPDATE: Due to the weather, the meetings for 1/30 at MIBOR and Sun King Brewery have been postponed to 2/13 at a location to be determined. 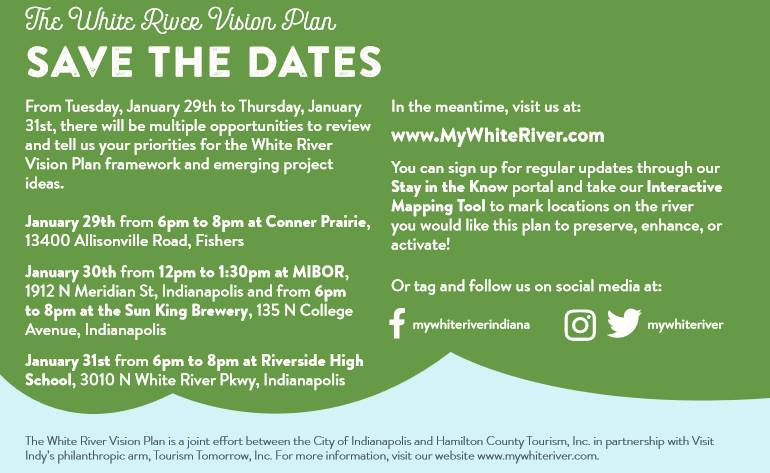 When I’ve attended one of these events in the past, there was not a formal meeting, but rather a chance to see some of the plan and provide direct input to the group. This has included home owners asking that the plans leave their land alone to adventurers asking for more activities to be created. There are also those simply looking to understand more about what is available in the area.

These meetings are this week (the week I’m writing this), but the planning will be ongoing. You can always get more information or find the latest gathers on the MyWhiteRiver.com site. As mentioned, the planning covers the area shown in the following image: 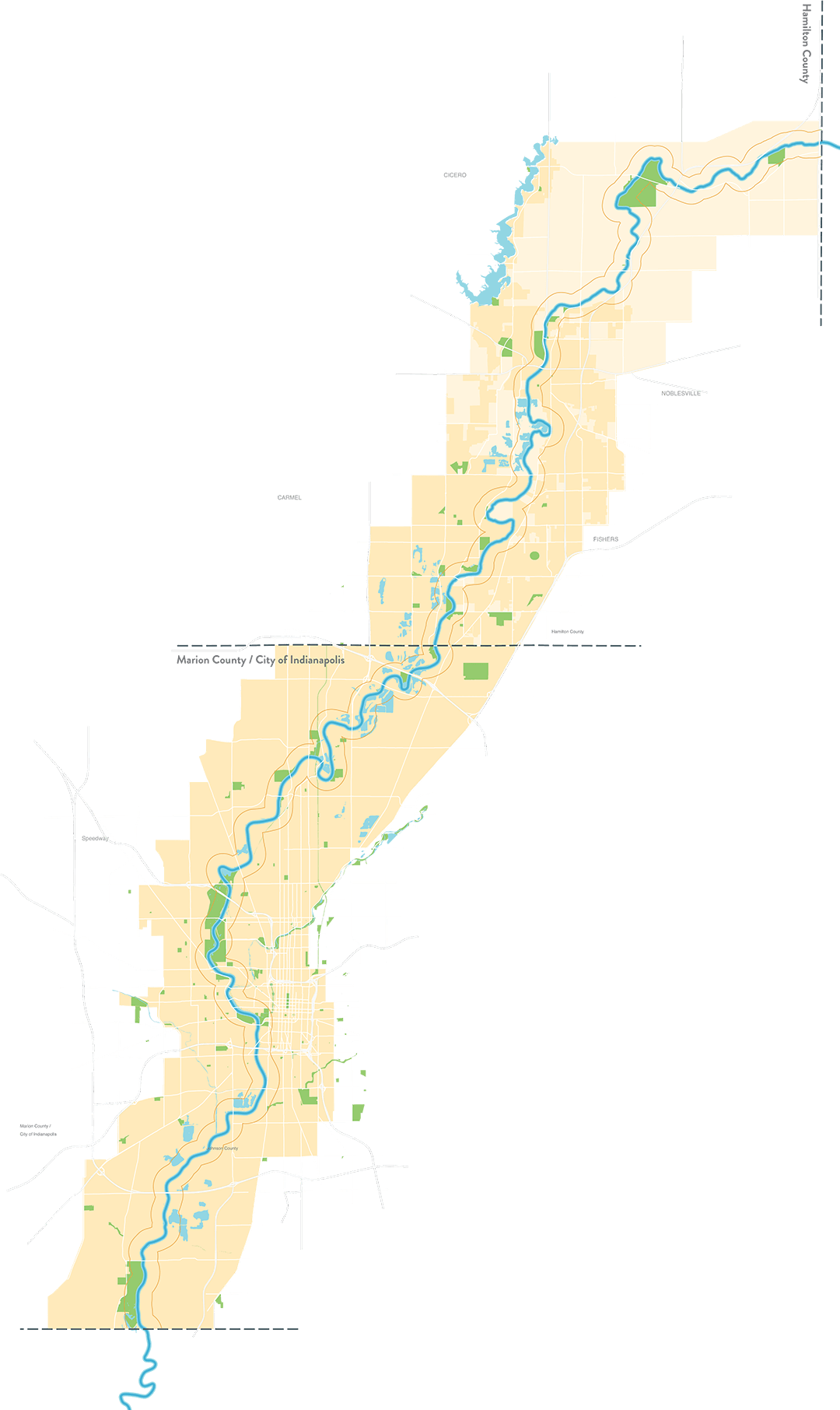 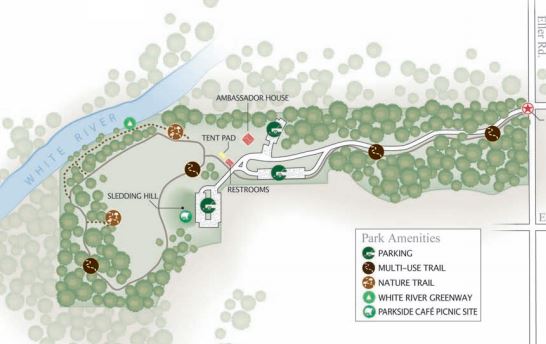 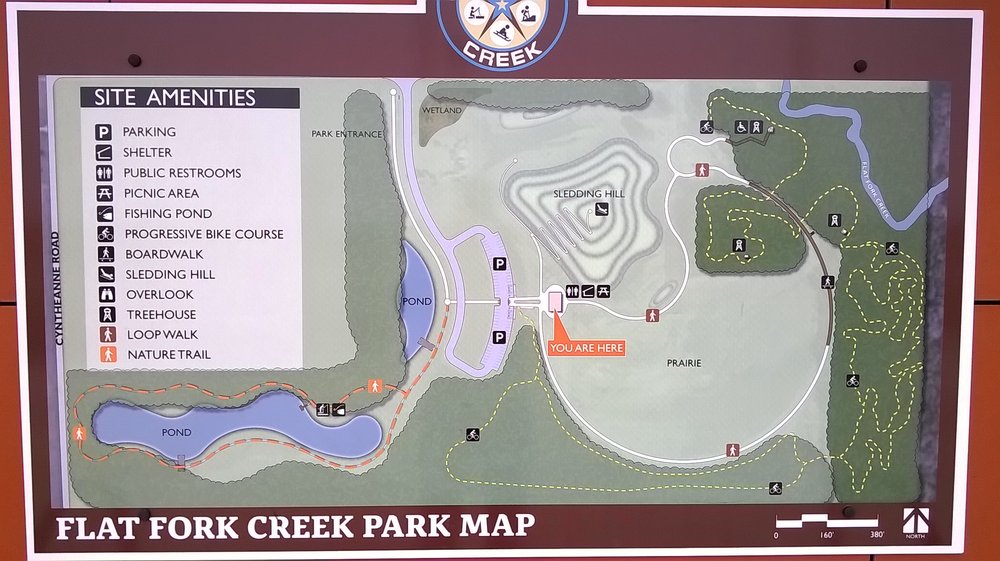 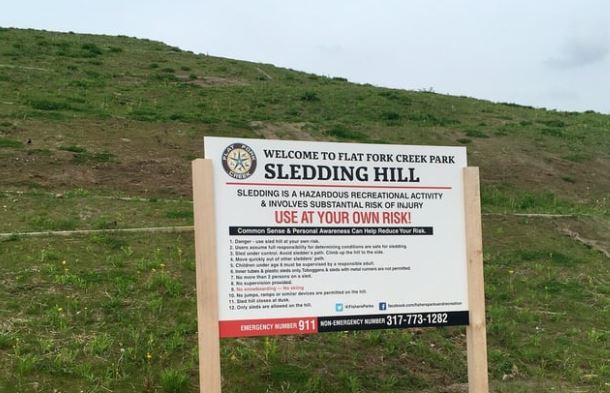