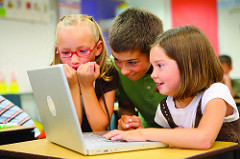 While there were some technology questions asked of the candidates for the HSE School board at the HSEA candidate forum, I was surprised of a few that didn’t get asked. Questions such as:

There were a few good technology comments that were brought up in the forum that included:

It is interesting to note that HSE has set up technology advisory committees that include teachers, administrators, and parents. Ironically, in the first two meetings of these committees, most of the questions and issues around technology have not been addressed. Given time, hopefully these are addressed.

October 27, 2016 – The tech committee meeting on October 27th focused on open-ended questions. This included a lot of great, positive feedback on how technology is being used. It also included a number of comments and suggestions on making things better. Issue such as VPN access, screen time, computer monitoring, and appropriateness of device selection were all discussed. As to be expected, many topics are bigger than a one hour meeting can address; however, the topics were highlighted and brought to light. That’s a great step towards being able to build better solutions for the long term.